Ariel («Arik») Sharon, General (Reserves); Born in Israel, 1928, in Moshav Kfar M’lal. In 1942, joined the «Hagana.» With the start of the Independence War in 1948 and later, Sharon was a Battalion Commander. In the midst of the war he was wounded in Latrun, in battle to open the road to Jerusalem. At the conclusion of the war he was promoted to Commander of the elite Golani Brigade.

1951-1952 Served as an intelligence officer of the Central and Northern commands.

1952 Was a student at Hebrew University in Jerusalem and Infantry commander in the Reserves.

1953 Ariel Sharon was called back to full time service in order to create the «101 Unit,» which was set up to fight Palestinian terrorism which was rampant in Judea and Samaria, territories that were under Jordanian Occupation, as well as The Gaza Strip, which was under Egyptian Occupation since the Independence War. «Unit 101, in a very short period, succeeded in changing the foundations of the Israel Defense Forces (IDF).
1954 «Unit 101» merged with the paratroopers and Sharon was appointed its commander. The main objective of this unit was to retaliate against terrorist bases. In one such attack on an Egyptian position near Dir-El-Balach, Sharon was wounded once again, in July, 1954, while commanding his troops at the front.
1956 Ariel Sharon was appointed the paratroopers’ Brigade Commander. It was under this command that the brigade created its standards for battle which would be used by the IDF for years to come. In «Operation Kodesh», Sharon commanded the Paratrooper Brigade which initiated the operation and infiltrated deep into enemy territory.

1957 Ariel Sharon began his studies at the Military Academy in England.

1958 – 1962 Sharon filled a number of positions: Commander of Field Combat Academy, Commander of Infantry and Armored Divisions. While he was serving he finished his studies and received a law degree from Hebrew University.

1964 Appointed commander of Operations Command (OC) North, during conflict with the Syrians, who were trying to divert parts of the Jordan River. These hostile acts were in order to prevent Israel’s usage of water from the Jordan River.

1966 Appointed Head of Instruction of the General Staff and promoted to the rank of General.

1967 During the Six Day War, he commanded the Armored Reserve. After fierce tank battles in the Sinai, they reached the Suez Canal. A battle ensued which is studied today in classic military literature.

1969 Appointed Operations Command (OC) South, which included command over the Suez Canal during the War of Attrition with the Egyptians.

1970 General Sharon instituted unique actions which put a stop to terror in the Arava.

1971 As Commander of OC South, he successfully initiated and carried out the destruction of the terrorist infrastructure in the Gaza Strip, which brought about many years of calm.

July, 1973 Ariel Sharon retired from the IDF to his farm in the Negev. He initiated the creation of the Likud Party, which brought about the political revolution in 1977.

October 6, 1973 Three months after leaving the Army, the Yom Kippur War broke out. Sharon was called in to command the Armored Reserves. After fierce battles and many casualties, they succeeded under his command to free the Suez Canal. This action was crucial in winning the war and, in the end, brought Israel to a peace treaty with Egypt.

1974 First elected Member of the Knesset (MK) and Member of the Defense Committee. At the end of the year he resigned and returned to his farm in order to keep his command of the Armored Reserves which, being an MK, would not have been allowed.
1975 Appointed Defense Advisor to Prime Minister Yitzchak Rabin.

1977 – 1981 Initiated and carried out the settlement of Judea, Samaria, and the Gaza Strip, as well as settlements in the Galilee, Negev Desert and the Golan Heights. With this plan (in which he served as Defense Minister), he created 230 settlements within seven years. This plan became the backbone of security and national strategic goals for the State of Israel. Also today this plan in Judea and Samaria is the basis for mapping out the national vital interest of Israel and is a cornerstone for negotiations with the Palestinians.

1981 Appointed Defense Minister and was Defense Minister during Lebanon War, which brought about the destruction of the terrorist infrastructure in Lebanon and the exiling of its leaders in Beirut. He succeeded in renewing diplomatic relations with the African nations which had broken off during the Yom Kippur War. In November, 1981, he brought about the first strategic cooperation agreement with the U.S. and widened defense ties between Israel and many nations. He also helped bring thousands of Jews from Ethiopia through Sudan.

1984 – 1990 Served as Minister of Trade and Industry in a national Likud government and was a member of the Ministry Committee of Defense. In 1985, he signed a Free Trade Agreement with the U.S.

1990 – 1992 Served as Minister of Construction and Housing, a member of the Ministry Commission on Defense, and Chairman of the Ministry Committee on Immigration. With the fall of the Soviet Union and the waves of immigration from Russia, he initiated and carried out a program to absorb the immigrants throughout the country. During this period 144,000 apartments were built and another 22,000 were refurbished. This was a building record in Israel’s history. This program gave roofs over the heads of the new immigrants and Israelis who previously lived in tents or other substandard housing.

1992 – 1996 A member of the Foreign Affairs and Defense Committees in the Knesset and a member of its Intelligence subcommittee.

1996 Appointed Minister of National Infrastructure and a Member of the Cabinet. Chairman of the Ministry Committee of Beduin advancement. Chosen by the government to create joint ventures with Jordan, Egypt and the Palestinians. He was active in the diplomatic process vis-a-vis the Palestinians.

1998 Ariel Sharon was appointed Foreign Minister and was put in charge of conducting negotiations towards a final agreement with the Palestinian Authority. Simultaneously, he served as the Minister of National Infrastructure. Immediately after his appointment he went with Prime Minister Netanyahu to Wye as Chief Negotiator for Israel for the Interim Agreement with the Palestinians. Within this position he affected the talks and shaped the agreement based on reciprocity which was signed in Washington in October, 1998. While serving as Foreign Minister, he met with the U.S. Administration, European Union, Palestinian leaders and other Arab leaders to advance the peace process. He worked mostly to create and advance projects such as the «Flag Project» funded by international groups to find a long-term solution to the region’s water crisis and a basis to peaceful relations between Israel, Jordan, the Palestinians and other Middle Eastern countries. This project was widely praised by the international community and the Arab world.

May, 1999 Due to the transfer of government and the election of Ehud Barak a Prime Minister, Mr. Sharon was called upon by his colleagues in the Likud to become Likud Chairman and to lead the party to victory in the next election.

Ariel Sharon has published a book and numerous articles in local and foreign newspapers. He lives on his farm with his two sons. 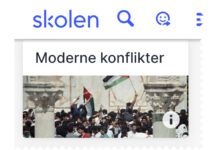 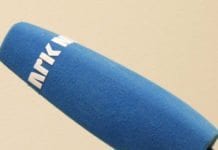 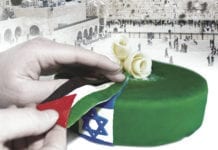