The commission was deeply moved by the immense suffering of Palestinian and Israeli victims, who have been subjected to repeated rounds of violence. The victims expressed their continued hope that their leaders and the international community would act more resolutely to address the root causes of the conflict so as to restore human rights, dignity, justice and security to all residents of the Occupied Palestinian Territory and Israel. In relation to this latest round of violence, which resulted in an unprecedented number of casualties, the commission was able to gather substantial information pointing to serious violations of international humanitarian law and international human rights law by Israel and by Palestinian armed groups. In some cases, these violations may amount to war crimes. The commission urges all those concerned to take immediate steps to ensure accountability, including the right to an effective remedy for victims.

With regard to Israel, the commission examined carefully the circumstances of each case, including the account given by the State, where available. Israel has, however, released insufficient information regarding the specific military objectives of its attacks. The commission recognizes the dilemma that Israel faces in releasing information that would disclose in detail the targets of military strikes, given that such information may be classified and jeopardize intelligence sources. Be that as it may, security considerations do not relieve the authorities of their obligations under international law. The onus remains on Israel to provide sufficient details on its targeting decisions to allow an independent assessment of the legality of the attacks conducted by the Israel Defense Forces and to assist victims in their quest for the truth.

The commission is concerned that impunity prevails across the board for violations of international humanitarian law and international human rights law allegedly committed by Israeli forces, whether it be in the context of active hostilities in Gaza or killings, torture and ill-treatment in the West Bank. Israel must break with its recent lamentable track record in holding wrongdoers accountable, not only as a means to secure justice for victims but also to ensure the necessary guarantees for non-repetition.

Questions arise regarding the role of senior officials who set military policy in several areas examined by the commission, such as in the attacks of the Israel Defense Forces on residential buildings; the use of artillery and other explosive weapons with wide-area effects in densely populated areas; the destruction of entire neighbourhoods in Gaza; and the regular resort to live ammunition by the Israel Defense Forces, notably in crowd-control situations, in the West Bank. In many cases, individual soldiers may have been following agreed military policy, but it may be that the policy itself violates the laws of war.

The commission’s investigations also raise the issue of why the Israeli authorities failed to revise their policies in Gaza and the West Bank during the period under review by the commission. Indeed, the fact that the political and military leadership did not change its course of action, despite considerable information regarding the massive degree of death and destruction in Gaza, raises questions about potential violations of international humanitarian law by these officials, which may amount to war crimes. Current accountability mechanisms may not be adequate to address this issue.

With regard to Palestinian armed groups, the commission has serious concerns with regard to the inherently indiscriminate nature of most of the projectiles directed towards Israel by these groups and to the targeting of Israeli civilians, which violate international humanitarian law and may amount to a war crime. The increased level of fear among Israeli civilians resulting from the use of tunnels was palpable. The commission also condemns the extrajudicial executions of alleged “collaborators”, which amount to a war crime.

The Palestinian authorities have consistently failed to ensure that perpetrators of violations of international humanitarian law and international human rights law are brought to justice. The commission is concerned that continuing political divisions contribute significantly to the obstruction of justice for victims of violations by Palestinian armed groups. The absence of measures to initiate criminal proceedings against alleged perpetrators calls into question the stated determination of the Palestinian Authority to achieve accountability. In accordance with their legal obligations, the authorities must take urgent measures to rectify this long-standing impunity.

Comprehensive and effective accountability mechanisms for violations allegedly committed by Israel or Palestinian actors will be a key deciding factor of whether Palestinians and Israelis are to be spared yet another round of hostilities and spikes in violations of international law in the future.

The persistent lack of implementation of recommendations – made by previous commissions of inquiry, fact-finding missions, United Nations treaty bodies, special procedures and other United Nations bodies, in particular the Secretary-General and OHCHR – lies at the heart of the systematic recurrence of violations in Israel and the Occupied Palestinian Territory. Bearing in mind this wealth of guidance, the commission will not elaborate an exhaustive list of recommendations, which would repeat concerns registered by other bodies. Rather, the commission calls upon all duty bearers to implement fully all recommendations made by the above-mentioned bodies without delay in order to avert a crisis similar to that of summer 2014 in the future.

The commission calls upon all parties to fully respect international humanitarian law and international human rights law, including the main principles of distinction, proportionality and precaution, and to establish promptly credible, effective, transparent and independent accountability mechanisms. The right of all victims to an effective remedy, including full reparations, must be ensured without further delay. In this context, the parties should cooperate fully with the preliminary examination of the International Criminal Court and with any subsequent investigation that may be opened.

The commission also calls upon Israelis and Palestinians to demonstrate political leadership by both refraining from and taking active steps to prevent statements that dehumanize the other side, incite hatred, and only serve to perpetuate a culture of violence.

The commission calls upon the Government of Israel to conduct a thorough, transparent, objective and credible review of policies governing military operations and of law enforcement activities in the context of the occupation, as defined by political and military decision-makers, to ensure compliance with international humanitarian law and human rights law, specifically with regard to:

(a)           The use of explosive weapons with wide-area effects in densely populated areas, including in the vicinity of specifically protected objects;

(e)           The protection of civilians in the context of the application of the Hannibal directive;

(f)           Ensuring that the principle of distinction is respected when active neighbourhoods are declared “sterile combat zones”;

(a)           To ensure that investigations comply with international human rights standards and that allegations of international crimes, where substantiated, are met with indictments, prosecutions and convictions, with sentences commensurate to the crime, and to take all measures necessary to ensure that such investigations  will not be  confined to individual soldiers alone, but will also encompass members of the political and military establishment, including at the senior level, where appropriate;

(b)           To implement all the recommendations contained in the second Turkel report, in particular recommendation no. 2 calling for the enactment of provisions that impose direct criminal liability on military commanders and civilian superiors for offenses committed by their subordinates, in line with the doctrine of command responsibility;

(c)           To grant access to Israel and the Occupied Palestinian Territory for, and cooperate with, international human rights bodies and non-governmental organizations concerned with investigating alleged violations of international law by all duty bearers and any mechanisms established by the Human Rights Council to follow up on the present report;

(d)           To address structural issues that fuel the conflict and have a negative impact on a wide range of human rights, including the right to self-determination; in particular, to lift, immediately and unconditionally, the blockade on Gaza; to cease all settlement-related activity, including the transfer of Israel’s own population to the occupied territory; and to implement the advisory opinion rendered on 9 July 2004 by the International Court of Justice on the legal consequences of the construction of a wall in the Occupied Palestinian Territory;

(b)           To accelerate efforts to translate the declarations on Palestinian unity into tangible measures on grounds that would enable the Government of national consensus to ensure the protection of human rights and to achieve accountability for victims.

(a)           To respect the principles of distinction, proportionality and precaution, including by ending all attacks on Israeli civilians and civilian objects, and stopping all rocket attacks and other actions that may spread terror among the civilian population in Israel;

(b)           To take measures to prevent extrajudicial executions and eradicate torture, cruel, inhuman and degrading treatment; to cooperate with national investigations aimed to bring those responsible for violations of international law to justice; and to combat the stigma faced by families of alleged collaborators.

(a)           To promote compliance with human rights obligations, and to respect, and to ensure respect for, international humanitarian law in the Occupied Palestinian Territory and Israel, in accordance with article 1 common to the Geneva Conventions;

(b)           To use its influence to prevent and end violations, and to refrain from encouraging violations by other parties;

(c)           To accelerate and intensify efforts to develop legal and policy standards that would limit the use of explosive weapons with wide-area effects in populated areas with a view to strengthening the protection of civilians during hostilities;

(d)           To support actively the work of the International Criminal Court in relation to the Occupied Palestinian Territory; to exercise universal jurisdiction to try international crimes in national courts; and to comply with extradition requests pertaining to suspects of such crimes to countries where they would face a fair trial.

685.        The commission recommends that the Human Rights Council consider conducting a comprehensive review of the implementation of the numerous recommendations addressed to the parties by its own mechanisms, in particular relevant commissions of inquiry and fact-finding missions and explore mechanisms to ensure their implementation. 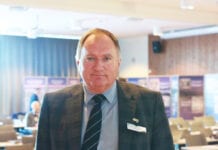 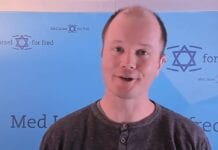 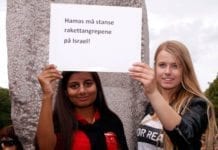 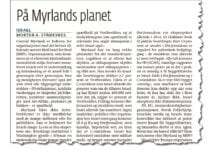 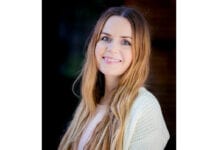 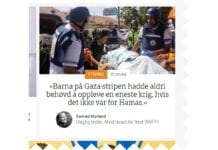 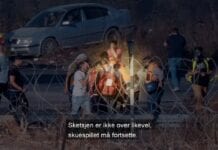