27 European nations have a larger population than Norway, yet this is where you find Europe’s largest non-religious pro-Israel membership organization.

MIFF’s main purpose is to convey the opinions held by most people in Israel. As an organization we do not have many strong opinions of what Israel should do or not do, but we work to bring across in Norway how Israelis generally think. Within our organization there will be members supporting all different views across the political spectrum in Israel and Norway.

We see a great need of advocating Israel’s case in Norway, mainly because media reports often are biased and do not cover important historical facts. Our main sources for our newssite in Norwegian are Israeli newssites in English.

We believe the Israeli population has a great longing for peace. But it has to be a peace which is without terrorism, and not a peace which is only a phase towards the big war that will crush the only Jewish democracy in the world. We hope that our informationwork can give a small contribution towards achieving a peace where the Jews have security, and where the Palestinians and other Arabs can profit of peaceful collaboration with Israel.

Israel’s best arguments are often left out of the coverage in mainstream Norwegian media. We are told what Israel is doing, with a great emphasis on the negative things, but not why.

This is why MIFF and our Norwegian website www.miff.no exist. We try to adjust the picture by giving news and comprehensive background information about the Middle East conflict. Through website, social media and other campaigns, MIFF reaches millions of Norwegians every year with good words about Israel.

The director of MIFF since 2007 and web editor since 2001 is Conrad Myrland.

A few articles written by MIFF  are available in English.

Everyone who supports the goals of MIFF can sign in as members.

Our work for Israel is based on membership fees and donations from supporters. You can support MIFF by sending money to:

Focus on the Middle East

MIFF publishes the paper-magazine Midtøsten i fokus (Focus on the Middle East) 6 times a year. The paper provides analysis, reports on current events, news articles and commentaries about issues from the Middle East, Israel and the Jewish world. The paper is available in .pdf format.

…that the Jews didn’t get one rifle or any ammunition from any Western country when it was established in 1948?

…that almost all the Jews have fled from Arab countries?

…that more Jews have fled from Arab countries than Arabs from Israel?

…that Israel is the only free democracy in the Middle East?

…that male Arab citizens of Israel have higher longevity than Danish men?

…that Israel has the highest density of high-tech companies in the world? 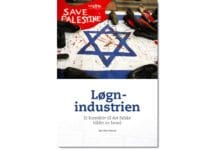 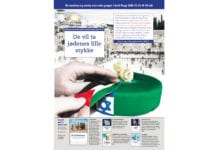 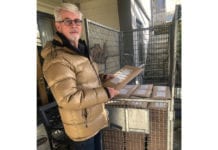 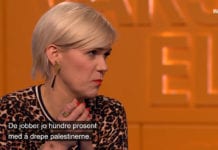 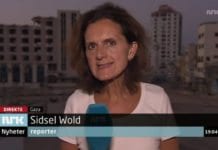 To poeng til Sidsel Wold 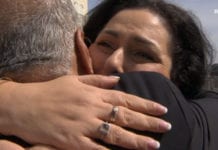