“PP2. Expressing its utmost concern at the continuing escalation of hostilities in Lebanon and in Israel since Hezbollah’s attack on Israel on 12 July 2006, which has already caused hundreds of deaths and injuries on both sides, extensive damage to civilian infrastructure and hundreds of thousands of internally displaced persons;

“PP3. Emphasizing the need for an end of violence, but at the same time emphasizing the need to address urgently the causes that have given rise to the current crisis, including by the unconditional release of the abducted Israeli soldiers;

“PP4: Mindful of the sensitivity of the issue of prisoners and encouraging the efforts aimed at urgently settling the issue of the Lebanese prisoners detained in Israel;

“PP6. Determined to act for this withdrawal to happen at the earliest;

“PP7. Taking due note of the proposals made in the seven-point plan regarding the Shebaa farms area;

“PP9. Aware of its responsibilities to help secure a permanent ceasefire and a long-term solution to the conflict;

“PP10. Determining that the situation in Lebanon constitutes a threat to international peace and security;

“OP4. Reiterates its strong support for full respect for the Blue Line;

“OP5. Also reiterates its strong support, as recalled in all its previous relevant resolutions, for the territorial integrity, sovereignty and political independence of Lebanon within its internationally recognized borders, as contemplated by the Israeli-Lebanese General Armistice Agreement of 23 March 1949;

“OP6. Calls on the international community to take immediate steps to extend its financial and humanitarian assistance to the Lebanese people, including through facilitating the safe return of displaced persons and, under the authority of the government of Lebanon, reopening airports and harbors, consistent with paragraphs 14 and 15, and calls on it also to consider further assistance in the future to contribute to the reconstruction and development of Lebanon;

“OP7. Affirms that all parties are responsible for ensuring that no action is taken contrary to paragraph 1 that might adversely affect the search for a long-term solution, humanitarian access to civilian populations, including safe passage for humanitarian convoys, or the voluntary and safe return of displaced persons, and calls on all parties to comply with this responsibility and to cooperate with the Security Council;

“OP8. Calls for Israel and Lebanon to support a permanent ceasefire and a long-term solution based on the following principles and elements:

— full respect for the Blue Line by both parties;
— security arrangements to prevent the resumption of hostilities, including the establishment between the Blue Line and the Litani river of an area free of any armed personnel, assets and weapons other than those of the government of Lebanon and of UNIFIL as authorized in paragraph 11, deployed in this area;
— full implementation of the relevant provisions of the Taif Accords, and of resolutions 1559 (2004) and 1680 (2006), that require the disarmament of all armed groups in Lebanon, so that, pursuant to the Lebanese cabinet decision of July 27, 2006, there will be no weapons or authority in Lebanon other than that of the Lebanese state;
— no foreign forces in Lebanon without the consent of its government;
— no sales or supply of arms and related materiel to Lebanon except as authorized by its government;
— provision to the United Nations of all remaining maps of land mines in Lebanon in Israel’s possession;

“OP9. Invites the secretary general to support efforts to secure as soon as possible agreements in principle from the government of Lebanon and the government of Israel to the principles and elements for a long-term solution as set forth in paragraph 8, and expresses its intention to be actively involved;

“OP10. Requests the secretary general to develop, in liaison with relevant international actors and the concerned parties, proposals to implement the relevant provisions of the Taif Accords, and resolutions 1559 (2004) and 1680 (2006), including disarmament, and for delineation of the international borders of Lebanon, especially in those areas where the border is disputed or uncertain, including by dealing with the Shebaa farms area, and to present to the Security Council those proposals within 30 days;

“OP11. Decides, in order to supplement and enhance the force in numbers, equipment, mandate and scope of operations, to authorize an increase in the force strength of UNIFIL to a maximum of 15,000 troops, and that the force shall, in addition to carrying out its mandate under resolutions 425 and 426 (1978):

a. Monitor the cessation of hostilities;
b. Accompany and support the Lebanese armed forces as they deploy throughout the South, including along the Blue Line, as Israel withdraws its armed forces from Lebanon as provided in paragraph 2;
c. Coordinate its activities related to paragraph 11 (b) with the government of Lebanon and the Government of Israel;
d. Extend its assistance to help ensure humanitarian access to civilian populations and the voluntary and safe return of displaced persons;
e. Assist the Lebanese armed forces in taking steps towards the establishment of the area as referred to in paragraph 8;
f. Assist the government of Lebanon, at its request, to implement paragraph 14;

“OP12. Acting in support of a request from the government of Lebanon to deploy an international force to assist it to exercise its authority throughout the territory, authorizes UNIFIL to take all necessary action in areas of deployment of its forces and as it deems within its capabilities, to ensure that its area of operations is not utilized for hostile activities of any kind, to resist attempts by forceful means to prevent it from discharging its duties under the mandate of the Security Council, and to protect United Nations personnel, facilities, installations and equipment, ensure the security and freedom of movement of United Nations personnel, humanitarian workers, and, without prejudice to the responsibility of the government of Lebanon, to protect civilians under imminent threat of physical violence;

“OP13. Requests the secretary general urgently to put in place measures to ensure UNIFIL is able to carry out the functions envisaged in this resolution, urges member states to consider making appropriate contributions to UNIFIL and to respond positively to requests for assistance from the Force, and expresses its strong appreciation to those who have contributed to UNIFIL in the past;

“OP15. Decides further that all states shall take the necessary measures to prevent, by their nationals or from their territories or using their flag vessels or aircraft;

(a) the sale or supply to any entity or individual in Lebanon of arms and related materiel of all types, including weapons and ammunition, military vehicles and equipment, paramilitary equipment, and spare parts for the aforementioned, whether or not originating in their territories, and;
(b) the provision to any entity or individual in Lebanon of any technical training or assistance related to the provision, manufacture, maintenance or use of the items listed in subparagraph (a) above, except that these prohibitions shall not apply to arms, related material, training or assistance authorized by the government of Lebanon or by UNIFIL as authorized in paragraph 11;

“OP16. Decides to extend the mandate of UNIFIL until 31 August 2007, and expresses its intention to consider in a later resolution further enhancements to the mandate and other steps to contribute to the implementation of a permanent ceasefire and a long-term solution;

“OP17. Requests the secretary general to report to the Council within one week on the implementation of this resolution and subsequently on a regular basis;

“OP19. Decides to remain actively seized of the matter 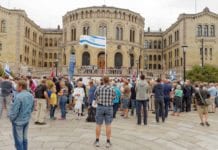 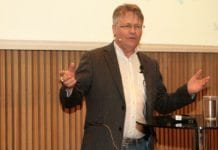 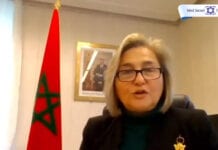 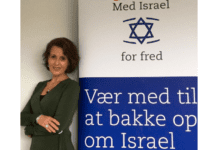 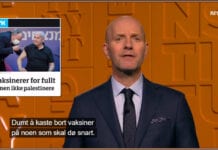 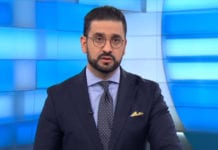 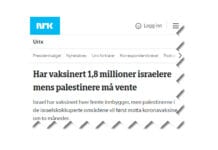